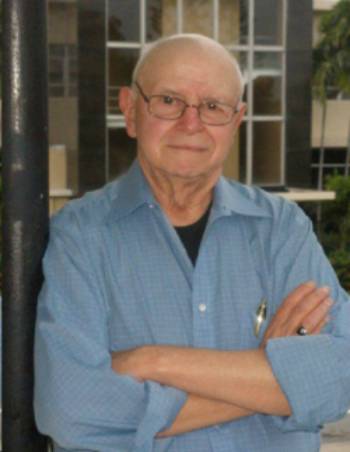 In 1954 I was 14 years old and living in Plattsburgh, New York, and joined the Ground Observer Corps (GOC) as a plane spotter. The GOC was an Air Force program designed to reduce the threat of a surprise air attack from the former Soviet Union. I had also taken up the guitar, and in 1955, joined a local Rock’ N Roll band called the Rockaires, playing YMCA and school dances. In 1957, I was working in a music store and playing with a band called The Thunderbolts, a band well known throughout northern New York, Vermont, and Canada. We backed up many famous stars that appeared at Memorial Auditorium in Burlington, Vermont. They included Johnny Tillotson (Poetry In Motion), Del Shannon (Runaway), The Chiffons (One Fine Day), The Cookies (Don’t Say Nothing Bad About My Baby), and many others. We opened shows for Joey Dee and the Starliters (Peppermint Twist), The Beach Boys, and many other famous groups. In the mid-1960s, since most of our work was centered there, I relocated to Burlington, Vermont.

In 1964 we teamed up with Sandu Scott, a singer/comedienne who worked the nightclub circuit between New York, Las Vegas, and Lake Tahoe. We then became Sandu Scott and her Scotties... it was a dynamic and colorful act. That summer, we were the star act at The Latin Quarter in New York, and on December 20, we appeared on the Ed Sullivan show.

I Later joined another group, Freddie and the Freeloaders, and our agent kept us very busy traveling around the country. I had gotten married at age 20 and became the father of four handsome sons, but married life is not always compatible for a traveling musician—all the time on the road away from home took its toll, and my marriage ended in divorce.

I eventually left the music business in search of a more stable lifestyle. I worked in the hotel industry for a while, but my hobby of photography eventually turned into a full-time business. I opened a studio in Pennsylvania, which I had for fifteen years before moving to Florida, where many of my old musician friends had settled.

It was in 1955, during my time in the Ground Observer Corps, that I was introduced to the UFO phenomenon. I had an experience that bothered me for 33 years—until 1988—that is when I decided to do some serious research on UFOs. I spent the next 23 years studying, analyzing, and evaluating all information pertaining to UFOs from prehistoric times up to the present day. I learned that the UFO subject is a very complex jigsaw puzzle comprised of many pieces—many of which had been overlooked because they were never recognized as even being a part of the puzzle. Among the different aspects are crash retrievals, government secrecy, disinformation, a hostile factor, abductions, hybrids, Men In Black, a Biblical Connection, and much more. After putting the various pieces of the puzzle together, they revealed what I perceive is a clear picture of what is, and has been, going on for thousands of years.

I am not a UFO fanatic. I do not spend every night searching the skies for flying saucers. Had it not been for my experience in 1955, I never would have considered pursuing the subject to the extent that I have. I conducted my research with a skeptical but open mind and with no preconceived conclusions. It was a logical and common-sense evaluation of the information. The vast amount of evidence I present supports my ideas. But as I state throughout the book, the evidence does not necessarily constitute proof. I have remained fair and objective and included, where applicable, opposing viewpoints. And although I present an overwhelming amount of compelling evidence, I leave it up to the reader to draw his or her own conclusions.

I did a book signing during The L.A. TIMES FESTIVAL OF BOOKS on April 20 and 21, 2013 on the University of Southern California campus in Los Angeles. It brought in an estimated 140,000 people. As far as I know, I was the only author there promoting a book on the subject of UFOs. I expected to bring home a lot of leftover books, but to my astonishment, I completely ran out.

I want to thank my good friend and neighbor, Jim Thompson (whose wife was kind enough to let him go with me). He was a great help during the book signing. I also wish to thank the staff of Author Solutions who provided the promotional materials and were handing out fliers for the book and directing people to my booth. Below are a few pictures of the event. 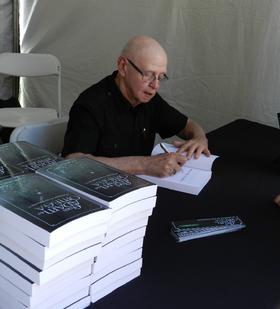 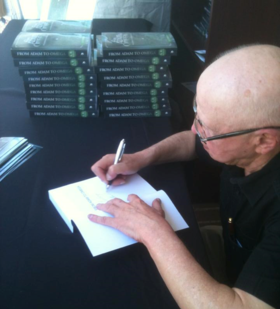 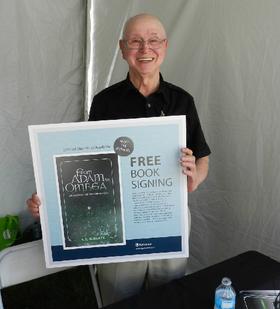 About The Book
ABOUT THE AUTHOR
Scroll To Top