FROM ADAM TO OMEGA IS FOR THOSE SERIOUSLY INTERESTED IN THE SUBJECT OF UFOS, BUT WHOSE ONLY KNOWLEDGE WAS DERIVED FROM SUPERMARKET TABLOIDS, OR FROM BIASED MEDIA ACCOUNTS. IT EXAMINES ALL ELEMENTS OF THE UFO MYSTERY AND CONNECTS ALL THE DOTS TO SHOW THE RELATIONSHIP BETWEEN PREHISTORIC TIMES, THE BIBLICAL ERA, AND MODERN TIMES. IT WILL MAKE YOU WANT TO REEVALUATE EVERYTHING YOU HAVE BEEN TAUGHT TO BELIEVE FROM CHILDHOOD ABOUT RELIGION, GOD, AND UFOS. 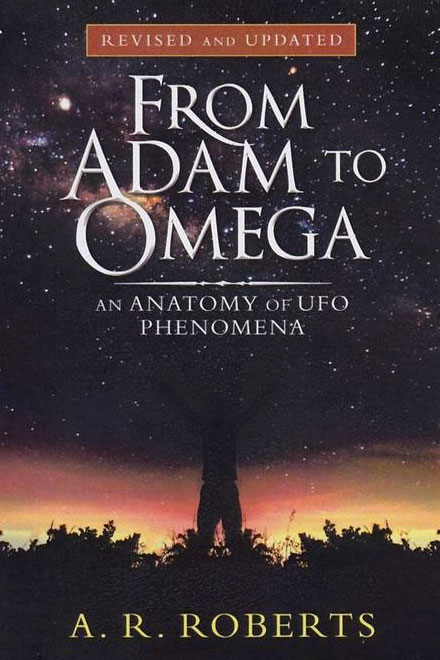 From Adam to Omega Revised and Updated

Information pertaining to today’s UFO activity is considered factual by virtue of its documentation. Information pertaining to religious issues can be considered only circumstantial since there is no way it can be proved. The volume of evidence, however, both factual and circumstantial, when combined, is overwhelming in suggesting we are not alone and probably never have been alone. It also suggests an alien agenda in which aliens are accelerating the evolution of the human race.

As to the reason for this, it is strongly suggested in the UFO events of today. However, understanding what is going on today requires knowledge of what was going on in the past, particularly during the biblical era; it provides an important clue as to why the government has been so secretive regarding the UFO issue. 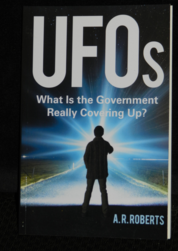 UFOs: What is the Government Really Covering Up?

While a seemingly unexplained event in Roswell, New Mexico, in 1947 exposed the American people to the phenomenon of unidentified flying objects, the art displayed in petroglyphs and cave paintings from around the world yield clues that they were around in prehistoric times. Even in the Bible there are suggestions of advanced technologies associated with extraterrestrial activity. Sightings and encounters by credible witnesses like air force and commercial airline pilots, astronauts, and police officers, are evidence of their continued presence today.

Why, then, do we, the public, know so little? Why has the media ignored credible reports from eyewitnesses and ufologists? And why have world governments suppressed these facts from their citizens? The UFO enigma is an extremely complex jigsaw puzzle comprised of many pieces. However, they fit together in a way that presents a cohesive theory when you connect all the dots. 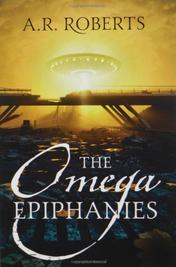 In the 1970s, aliens began showing the people they abduct visions and scenes of apocalyptic devastation and telling them that what they were seeing is going to happen. The same scenes were recorded 2,000 years ago in the book of Revelation. Why are aliens showing these scenes to abductees? Are we being warned of a future cataclysmic event that may destroy our planet or render the human race extinct?

Or are these warnings part of an alien agenda in which they are preparing us to survive whatever it is that is coming our way? When viewed from a logical perspective, the Bible provides many clues that for 6,000 years, aliens have been, and still are, accelerating the evolution of humanity in order to survive a future devastating event. Today’s UFO activity reflects much of what aliens were doing in biblical times, something the government appears to be well aware of. This book puts it all together in a very logical scenario.

Where You Can Purchase:

All books are available in Hard Cover, Softcover, Nook, and Kindle at:

Entertaining and well-reasoned. This book will even make skeptics want to believe in UFOs.

From Adam to Omega by A. R. Roberts is a thorough review of documented UFO phenomena and an argument that alien encounters have influenced the development of religion. The book also posits the possibility of a human-alien hybridization program run by extraterrestrials for purposes unknown.

The book is organized into three parts, the first of which reviews the history of documented UFO encounters. The second and third of which theorizes about UFOs and aliens playing major roles in the events of the Bible. Moses’s encounters with the Lord, the serpent's nature in the Garden of Eden, and the famous “wheel within a wheel” scene are all examined in this light. The book also examines the possibility of Revelation being about a space-based threat event, like an asteroid, from which aliens might plan to save the human species.

UFO literature does not have the best reputation for being well thought out. From Adam to Omega breaks down this stereotype by relying heavily on logic and analysis of documented encounters. Roberts’s tendency to discuss the possible motivations and causes of UFO events will likely spark interest even in skeptical minds.

Written eloquently and in an easy, engaging style, this book is not difficult to like. In fact, its technical qualities help to make its arguments seem, if not completely watertight, then at least reasonable. The author is not at all combative and instead repeatedly emphasizes that the ideas he presents are merely his theories.

In fact, he regularly reexamines assumptions he and other enthusiasts have held about UFOs, often discarding more outlandish ideas, such as the proposition that UFOs are piloted by demons. This balanced approach makes From Adam to Omega infinitely more accessible than most UFO literature.

Despite the on-the-fringe nature of the subject, From Adam to Omega is convincing, well written, and researched appropriately. Roberts makes several good choices in how he relates personal UFO accounts. In a non-fiction genre that is prone to wild speculation and paranoia, this book is remarkable in that it questions its own assumptions. But above everything else, From Adam to Omega is truly entertaining. Even nonbelievers will, at the very least, enjoy the experience.

UFOs: What Is The Government Really Covering Up

“UFOs: What Is the Government Really Covering Up is not just another book about the 1947 Roswell crash. Ingeniously, Roberts takes a step back and offers an in-depth survey of the UFO phenomenon as a whole. Using familiar case studies of alien encounters as examples, he casts a wide net that shows a clear pattern of extraterrestrial visitation and the ensuing cover-up by US and world governments. In the end, the reader cannot help coming away with the same conclusion that something is going on, and our government knows it. A must-read for those interested in ufology, conspiracy theories, and ancient aliens.”

It was challenging for me to put this book into a common category for the genre listing because it includes so much non-fiction, coupled with analysis both scientific and philosophical, as well as speculation as to the significance of the information contained, that it transcends any existing group. Regardless of the category, From Adam to Omega – An Anatomy of UFO Phenomena (Revised and Updated) by author A. R. Roberts stands out as a comprehensive “Cyclopedia” of information regarding the core of the UFO phenomena, as well as about 500 tangent topics to the subject, resulting in a generously rich and concise read to any and all interested in not only what extraterrestrial contact is all about, but distills into answering the question of the meaning of life. Yes, that’s the big question.

As a fan of ufology, this book was savored by me as I paged a rather lengthy recap of virtually every topic of the alien encounters’ history, past, and present, as well as most interestingly, his future predictions. Author Roberts doesn’t succumb to any quick and emotional conclusion, yet he doesn’t shy away from letting his expert beliefs go unsaid.

His conclusions are sound in logical foundations of facts, based upon eyewitnesses (himself included as he witnessed an event when he was 15 years old), written documents, pictures, and more. The summary of hundreds of books of major thought leaders in the field is intricately woven into his work. Even the Bible plays a major role in establishing credibility to all of the working theories presented. Carefully postured in his writing not to insult any Catholics when talking about Jesus, many times in his book, he refers to the “second coming,” and has an entire section of correlation of religious beliefs to ancient astronaut encounters.

With a section outlining his over 500 research notes including books by Eric von Däniken, perhaps the most well-known founder of the Ancient Alien movement, Zecharia Sitchin (The 12th Planet), Professor David Jacobs (his interviews with abductees) and the famous celebrity authors of the Ancient Alien Series on the History Channel, Roberts’ work is a herculean capitulation of data, summaries, and conclusions by experts, scientists, theologians, and witnesses alike. Probing into what the government knows and why they are keeping secrets brings Roberts to his thoughts about “Disclosure.” I found his reasoning to be direct, spot-on, and very sobering. It is something UFO skeptics should embrace, as this book brings it to a focus most ordinary conversations lack the time and factual foundation to argue.

Should this book have a “tin-foil” cover? No. The information is now mainstream in science, academia, and even entertainment. The time has come for the reveal of the precarious frailty of human existence. From Adam to Omega – An Anatomy of UFO Phenomena is a book for everyone – believers, skeptics, abductees, and even extraterrestrials to read on their long space journeys!

About The Book
ABOUT THE AUTHOR
Scroll To Top